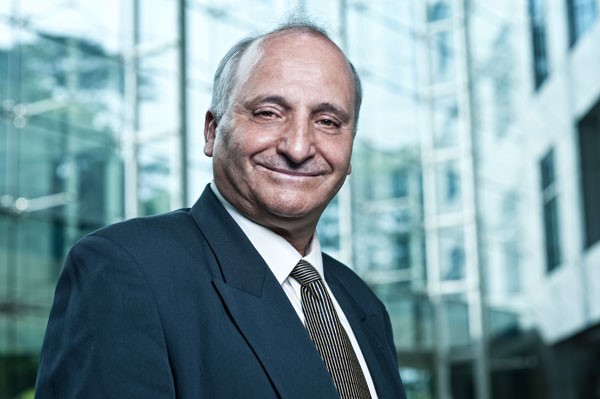 Rachid Yazami is a Moroccan scientist best known for his research on lithium ion batteries and on fluoride ion batteries. He is the inventor of the graphite anode (negative pole) of lithium ion batteries. Yazami is a 1978 graduate of the Grenoble Institute of Technology, (INPG) where he also received a Ph. D. degree in 1985. Yazami's research project included a study of graphite intercalation compounds for lithium battery applications. In 1985 he joined the French National Centre for Scientific Research (CNRS) as Research Associate. He was later promoted to Research Director (Professor) position in 1998.

In 1980, Yazami was the first scientist to establish the reversible intercalation of lithium into graphite in an electrochemical cell using a polymer electrolyte. Eventually, his discovery led to the lithium-graphite anode now used in commercial lithium ion batteries, an over US$20B value market. In 2010, Yazami was appointed a Nanyang Visiting Professor then he was promoted in 2012 the Cheng Tsang Man Chair Professor in Energy at the School of Materials Science and Engineering of the Nanyang Technological University (NTU) in Singapore.

In 2011, Yazami founded a new start-up company in Singapore, KVI, PTE LTD, which develops and commercialises novel equipments and components to investigate novel battery materials and batteries for enhanced energy, power and cycle life performances and also to increase their safety. Recently, Prof. Yazami demonstrated a new battery cell based on three electrodes, an anode, a cathode and an auxiliary electrode used to regenerate the cell after aging.

Yazami is the co-author involved in over 200 published papers and the co-inventor of over 140 patents related to lithium primary and rechargeable batteries and on new battery chemistry based on fluoride ion. Yazami is the recipient of several research awards, including with NATO (Science for Peace Award), NASA (two Technical Innovation Awards), IBA (Research Award) and the Hawaii Battery Conference. Yazami is the winner of 2012 Institute of Electrical and Electronics Engineers IEEE Medal for Environmental and Safety Technologies.

In 2014, Rachid Yazami, John Goodenough, Yoshio Nishi and Akira Yoshino were awarded the Draper Prize by The National Academy of Engineering for pioneering and leading the groundwork for today’s lithium ion battery. The prize, which was then in its 25th year, includes a $500,000 award. In the same year, Yazami was a finalist of the Global Energy Award (Russia, 2014). Also, he received the Royal Medal (Wissam Malaki) of Intellectual Competency from HM the King of Morocco Mohamed VI, during the Throne Day on July 30, 2014.

In March 2016, Rachid Yazami received an award as a finalist of the Marius Lavet Prize of Inventing-Engineers, Paris, France. On July 14, 2016 Yazami was awarded the title of Chevalier de la Legion of honour of France. In March 2017, he received the Honors Award of the Moroccans of the World. In September 2014, Prof. Rachid Yazami was appointed by MH the King of Morocco a Corresponding Member of the Hassan II Academy of Sciences and Technologies of Morocco. In November 2018 Yazami was the recipient of the Takreem Award for Science and Technological Achievement considered as the Arab Scientist of the year. 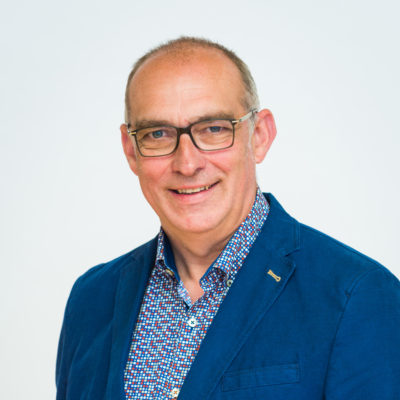 Started his professional career in 1987 at the Belgian Knitwear Federation as economic advisor.  In 1996, he continued to work as economic advisor at Febeltex, the Association of the Belgian Textile Industries.  Since 2007, he has been economic advisor at Fedustria, the Belgian Federation of the Textile, Wood and Furniture Industries.  The main aim of Fedustria is to sustain and strenghten these industrial activities in Belgium.  Fedustria performs three essential tasks : protect interests of member companies, provide them with services and dissiminate information to them.  Within the economic services of Fedustria, Kris Van Peteghem is dealing with the specific sectors of the textile clothing industries and the spinning industries and the more generic domains such as regional subsidies, public procurement, sustainable and circular economy, roadmapping, facilitating cooperation throughout the textile chain.  For many projects, he takes care of the link with other industrial sectors within the textile chain, with Centexbel (Belgian expertise centre of the textile industry), the textile departments of the University College of Ghent and is member of MoTIV, the Fashion Innovation Platform of Flanders.

Dr B. K. Behera is working as professor in the Department of Textile Technology, Indian Institute of Technology Delhi. His area of specialization includes Fabric manufacturing, 3D weaving and Braiding, Apparel Engineering and Quality control, Project Management, Textile Structural Composites and Concretes and Mechanics of Textile Structure.  His Current research interest includesDesign and manufacturing of Textile structural composites and concretes, Green composites, 3D weaving,Home Textiles, Protective Clothing, Automotive Textiles and Project Management. Prof.  Behera has authored more than 250 peer-reviewed papers and delivered more than 350 talks in various international conferences and symposia including 50 plenary and invited speech in international conference. He has authored, co-authored and chapter contributions in 15 books relating to Textile structural Mechanics, Soft computing in Textiles and Weaving Technology. Prof. Behera has supervised more than 70 PhD and Master thesis.  He has seven patents to his credit. Prof. Behera has successfully completed 25 sponsored research projects and more than 75 industrial consultancy projects as principal investigator. At present, he is chief of a Focus Incubation Center in 3D weaving and Structural composites supported by Ministry of Textiles. He has also worked as visiting professor in Shinshu university Japan, Technical university of Liberec, Czech Republic and University of Sao paulo, Brazil. He has been an invited speaker in many foreign universities and institutions which includes Technical university Liberec, Kyoto Institute of Technology, Japan, VUTS research center Czech Republic, Promatech Machinery Research center Italy, Composite research institute Budapest, Sao Paulo university Brazil.  Prof. Behera is member of governing council of several reputed Textile institutions and member of Board of studies in five Technical universities. He is also member of Board of Directors of three reputed textile companies in India. 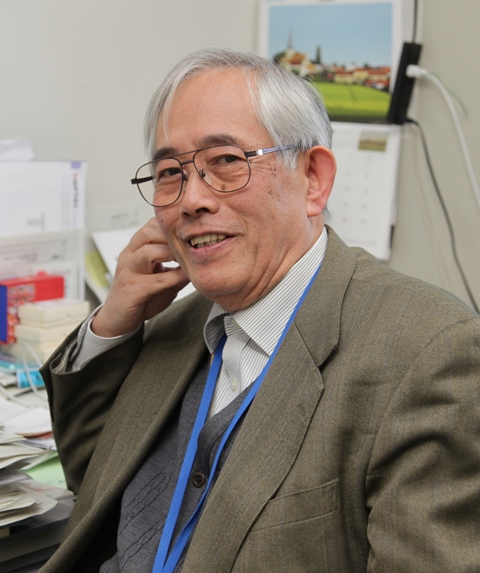 He has been known as an expert in “electro active artificial muscle from textile polymers”. He received the Fiber Society Award of Japan on the study of “autonomic function of polymer materials” in 2000. His research field is expanded to emulsion polymerization, membrane phenomena, polymer gels, and artificial muscle. He has been strongly attracted on the transient phenomena including biological systems.

Prior to joining Shinshu University in 1979, he was a research instructor of Biochemistry in Tulane Medical School in New Orleans, USA from 1976 to 1978, and engaged in the research on DNA conformation change mechanism and the development of diagnostic method of a genetic disease. He is a member of academic societies, such as American Chemical Society, American Society of Engineering Education, SPIE, Chemical Society of Japan, Polymer Society of Japan, the Society of Fiber Science and Technology, Japan, Biorheology Society, Japan Society of Applied Physics, etc.

He was the project leader of Global COE (COE refers to Center of Excellence) Project of Shinshu University, and he was also the director of Fiber Nanotech Innovation Center, and is Research Director of Nagano Regional Industrial Innovation Cluster. He has been a member of committees relating to fiber (textile) industry activating program of METI of Japan. He chaired the investigation team of Intelligent Textile Industry in Japan under the collaboration of METI. He has been also a manager of Japan Accreditation Board on Engineering Education (JABEE) in chemistry and chemical engineering division. Two years ago, he founded a Research Group of Nanotech Hyper Functional Textile in Shinshu University under the support of major fiber companies of Japan.

He guided several research projects relating fiber materials and textile technologies, and the projects on regional industrial clusters. Through these experiences, He could have some prospects that we have to consider for the fiber technologies for the innovative industries in the future. The scope can be called as smart textiles with full of ambient technologies. The technologies can provide the society through the sustainable and energy-saving ultimate textile industries. 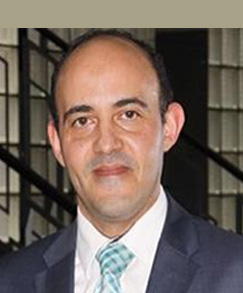 Director of R&D and Industrial Integration MASEN, Moroccan Agency for Solar Energy MOROCCO
Hicham Bouzekri is a Senior Expert with 22+ years of international experience in High-Tech, Innovation & Renewable Energy industries with a passion for bridging the research-industry gap

Hicham Bouzekri is a Senior Expert with 22+ years of international experience in High-Tech, Innovation & Renewable Energy industries with a passion for bridging the research-industry gap, an engineer in electronics and communication graduated from the Mohammadia School of Engineering in Rabat, and has a Master's degree from the University of Florida and a Ph.D. from Texas A & M University in 2002, thanks to a Fulbright scholarship. After a professional experience that led him to take management positions at SGS-Thomson, STMicroelectronics and ST-Ericsson, he joined the management team of the MAScIR Foundation, which he led between 2014 and 2016. His involvement in the R&D sector has been consistent throughout his career in international professional organizations such as USB-IF or MIPI as well as locally as an associate professor at Al Akhawayn University in Ifrane. His desire to create links between academia and industry has finally been institutionalized through the creation of the Morocco Microelectronics Cluster (MMC) which has evolved to become the Electronic, Microelectronic and Mechatronic Cluster of Morocco (CE3M), a consortium that he currently chairs. These various associations were able to benefit from the support of the Ministry of Industry of Morocco. 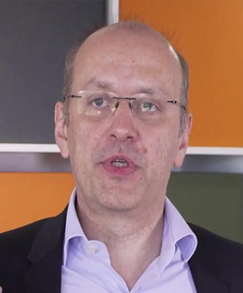 Emmanuel COX is an experienced Program Director with a demonstrated history of working in the transportation and railroad industry. Skilled in internal audit, strategy, project management, IT Strategy, digital transformation and change management. Strong program and project management professional with a Master's Degree focused in Marketing from NEOMA Business School. He is also an acknowledged speaker in professional conferences dealing with project management (Project Management Institute) and more recently with Industrial IoT and predictive maintenance. 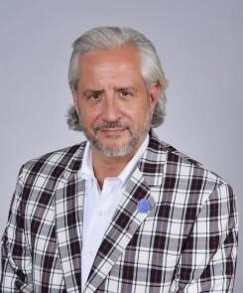 President World leader in manufacturing high-performance technical yarns FilSpec™ CANADA
Eric Perlinger has been President of FilSpec™ since November 2015. He brought along more than 20 years of diverse manufacturing experience and a commitment to excellence

Eric Perlinger has been President of FilSpec™ since November 2015. He brought along more than 20 years of diverse manufacturing experience and a commitment to excellence. A master communicator with the ability to speak four different languages: French, English, Spanish and German which allows him to interact easily with customers from all over the world. Eric is inspiring the team at FilSpec to perform at their best to achieve profitability and success. He is familiar with the business reality of different clients. In addition, having a background in law, he makes every effort to establish a lasting relationship based on the honesty and success of all. Today, FilSpec is a world-leading spinner of technical, high performance yarns. Since 1954, the company has been an integrated manufacturer from spinning to finishing cotton and polyester fabric for bedding and for shirt and dress fabrics. 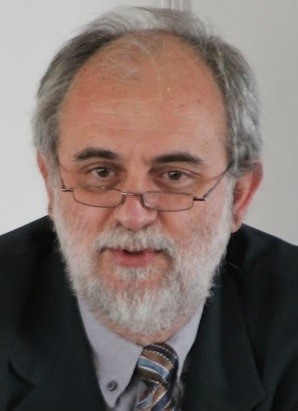 Piraeus University of Applied Sciences
Professor Savvas Vassiliadis holds a Diploma Degree in Textiles, BSc in Electronics, MSc in Electrical and Computer Engineering and a PhD in Computational Modeling.

Professor Savvas Vassiliadis holds a Diploma Degree in Textiles, BSc in Electronics, MSc in Electrical and Computer Engineering and a PhD in Computational Modeling. After a long career in the textile and electronics industry he joined the Piraeus University of Applied Sciences, Greece. He was the Head of the Department of Electronics Engineering and now he is the vice rector of PUAS. His research interests include textile computational modelling, multifunctional materials, and digital systems. He is the author of more than 140 scientific articles published in national and international journals and presented in international conferences, ten chapters of books and of seven technical books. He has been member of scientific committees of sixty international conferences, he is the member of the editorial committees of eight international journals and reviewer for many scientific journals.